Once again, gulls are the subject of MHK discussion. Here are a few factoids to help the conversation.

The gull species we are most likely to come into contact with around our coasts and in our towns is the Herring Gull (scientific name Larus argentatus argenteus).

Herring Gulls are not a danger to people. What is dangerous is people’s thoughtless behaviour around gulls (and indeed any birds and wildlife) and their often irrational reactions to them.

Herring Gulls, indeed nearly all gull species, are valuable indicators of the health of our coastal and marine environments.

The Herring Gull is currently considered a significant conservation priority.

Regrettably, the Herring Gull is subject to the same declines we see among most wildlife across our natural environment. Depletion of fish stocks, disturbance, pollution, persecution and changing human habits are all threats. 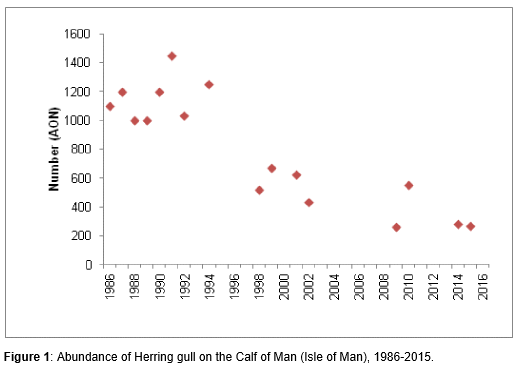 The chart shows the decline in breeding abundance in the Isle of Man (as analysed by BTO).

Herring Gulls are naturally opportunistic scavengers. This is how they survive and it is the niche they fill in the ecosystem.

They learn quickly where to find food. Their proximity to humans is encouraged by food waste being irresponsibly discarded, e.g. at fast food outlets, around refuse bins.

Do they pose a threat?

Herring Gulls do not attack people. They simply focus on scavenging for food.

It is true that some become emboldened because they have successfully ‘stolen’ an unattended chip or a piece of fish. Their success in obtaining food this ways reinforces the behaviour. But they will not attack people to get at food. They might very occasionally be so bold as to try to steal it from you, but they are not ‘attacking you’.

Like all birds - indeed all animals – seagulls can be aggressive when protecting their young, for example when one gets too close to a nest site. This is typical animal behaviour.

Except in highly exceptional cases, they do not pose a physical threat to people, and the risk of transmission of disease is very small (similar to contact with any other wild or livestock animal). 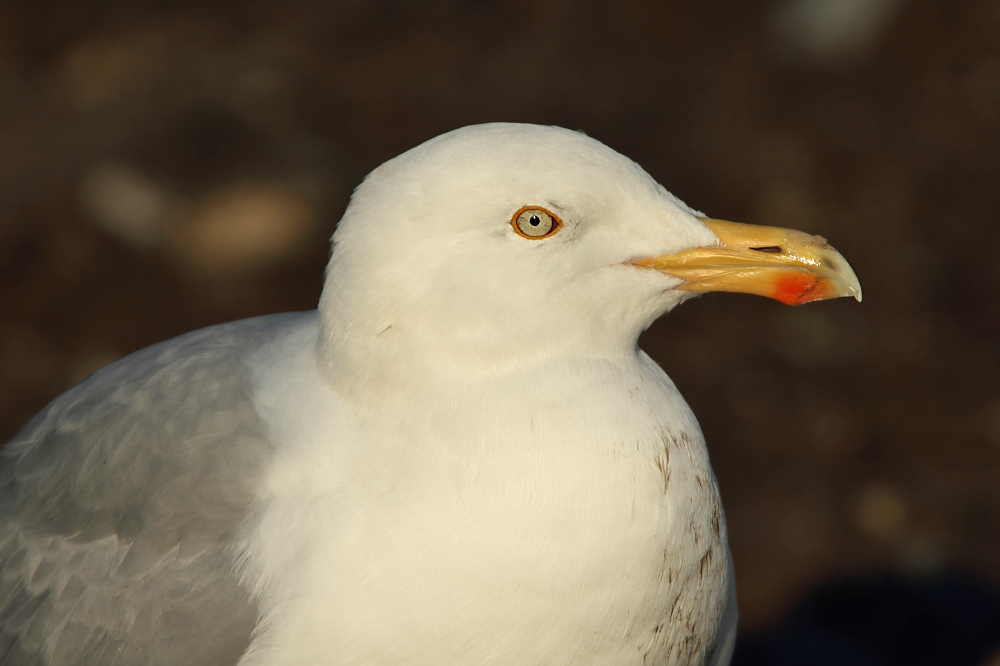 Being intelligent birds, if they are treated well, then they can be confiding and friendly.

Many gulls are taken into care due to illness or injury and they can become like any other well-treated animal. Indeed for those that cannot be released back into the wild after recovery, they prove to be intelligent, loyal and good companions.