Manx bird names can tell you a lot about birds, often describing some aspect of their habitat or some characteristics that we associate with them.

The following list is far from exhaustive, but offers a flavour of what can be gleaned from a knowledge of the Manx names for birds:

For more information check out Eeanlee Vannin (Birds of Mann) by Paul Rogers and published by Yn Cheshaght Ghailckagh. 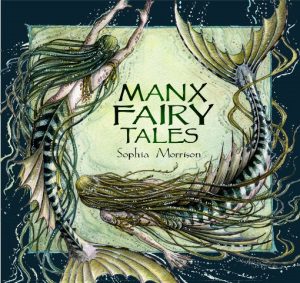 The folklore of the Isle of Man is rich in references to birds.

A good starting point is Sophia Morrison’s Manx Fairly Tales (left), which is available in bookshops throughout the Island, and which has a series of short stories about Manx birds and wildlife.

In Manx folklore, the Wren (yn Drean) plays an important role. Morrison’s book, for example, has the story of ‘How the Wren became King of the birds’.

And today, 'Hunt' the Wren (Shelg yn Drean) on St. Stephen’s Day continues to be popular around the Island. Check out the story of the Wren Pole and the tradition.

One of the best-known lullabies in Manx is Ushag veg ruy (Little red bird) and there is a lovely animation of the song available online.

Lhondoo (Blackbird), collected from Tom Taggyrt in Grenaby in the 1920s, is available for listening online.

A couple of the most obvious references in poetry are Mona Douglas’ poem on the Robin, and Cushag’s poem on the Wren.

Two Ravens met once, and one asked the other in Bird language:

‘Is there nothing new at you?’

‘The white Horse is dead,’ said he.

Then he repented that he had told him that, and called out:

With thanks to www.culturevannin.im for helping to create this page.