Below is an explanation of how locations are described and grid references determined for Manx BirdLife's automated sightings system.

Back to 'Submit your sightings' >>

Location names and grid references are provided in a form that caters for non-specialist users:

Location names do not assume you have any knowledge of the Isle of Man’s geography or administration. For example, it is not taken for granted that you will know Parish names and boundaries. Hence location names are prosaic and descriptive to help you locate them quickly in terms of commonly available maps and road atlases.

We suggest that the Ordnance Survey Isle of Man (95) 1:50,000 scale map will suffice for most uses. However, the Isle of Man Survey’s own Outdoor Leisure 1:25,000 Maps (North and South editions) are excellent in their detail and local annotations.

While 1km and 1m squares are useful for many reasons, six-figure grid references are most commonly used for everyday mapping purposes. (1km square is of course too big an area to provide useful directions to a specific location, while 1m is so small that it is impractical for most purposes.)

The six-figure grid reference given for each location in the Manx BirdLife sightings system is that which is closest to the location, not that which refers to the 100m square in which the location is found. (See image below, in which the green location is nearest to the orange grid point, though it sits within the square that is defined by the red grid point. For this green location, as in the Manx BirdLife sightings system, the orange grid point is used to give the nearest six-figure grid reference (i.e. nearest coordinate). 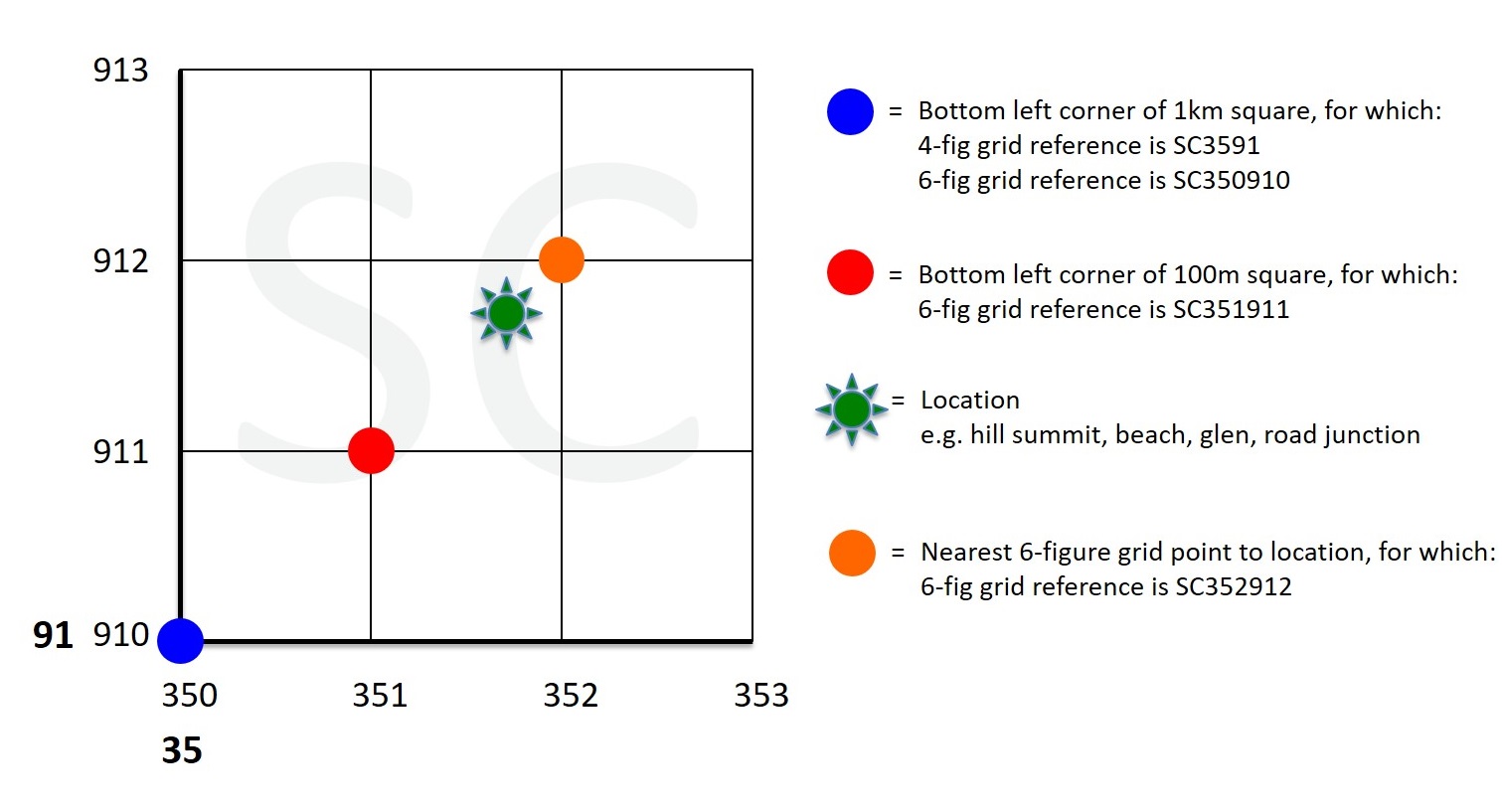 In trying to provide a consistent and common-sense approach, we have followed these guidelines wherever possible:

Of the many resources available, we have found the following to be most useful:

NB. Be aware that on:

- Entering a grid reference, the displayed pointer will be positioned at the bottom left of the defined grid square

- Entering a grid reference, the displayed pointer will be positioned at the centre of the defined grid square! This inconsistency between mapping tools is another reason to check your understanding of what grid reference is being given to you by such tools!