Update 16 July 2028: Although we have received a confirmation of receipt for our letter of 09 June 2020 to Minister Josepha Madigan TD, Department of Culture, Heritage and the Gaeltacht, we have yet to receive a substantive response. Hence we have sent a follow-up letter requesting a substantive reply.

We have received no response to our letter to Mr Niall Ó Donnchú, Assistant Secretary National Parks & Wildlife Service. Hence we have sent a follow-up letter in case the original has been mislaid or simply not delivered as addressed.

We shall keep you posted... 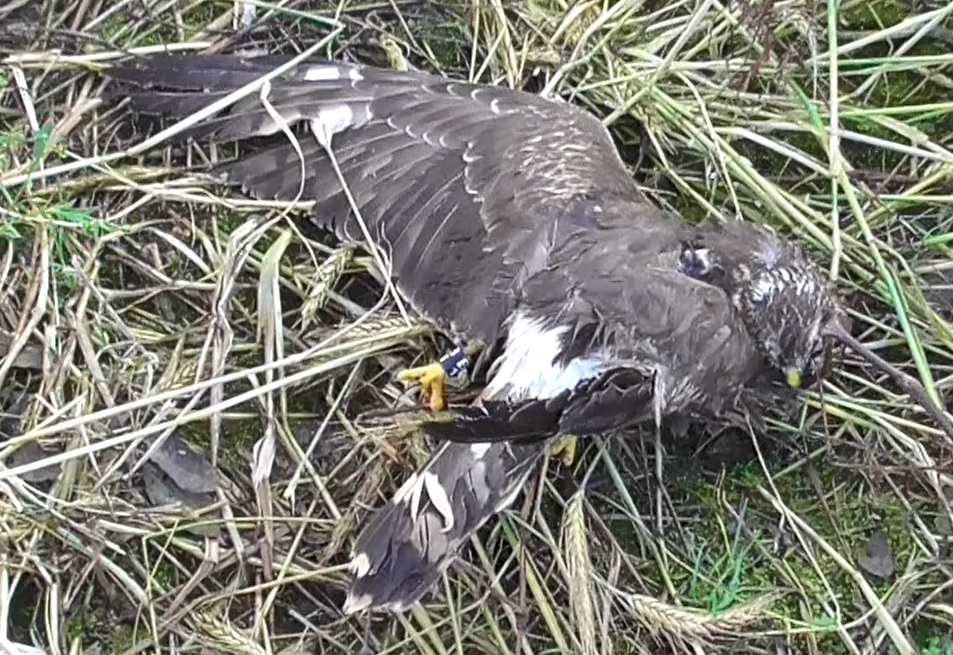 It is nearly a year since Mary, a nestling Hen Harrier, was ringed and satellite-tagged in the Manx hills as part of a joint project between Manx BirdLife, the Manx Ringing Group and the Royal Society for the Protection of Birds' European-funded Life+ Hen Harrier Project, with additional funding provided by the Isle of Man community.

It is also now more than six months since Mary died on land managed for a pheasant shoot in Drumconrath, Co. Meath, Ireland, illegally poisoned with the banned toxin Carbofuran.

Despite a National Parks and Wildlife Service (NPWS) investigation being set in motion* and clear evidence of criminal activity, as well as offers of full co-operation from RSPB, Birdwatch Ireland and Manx BirdLife, there has been no word of progress on the case. In fact, nothing forthcoming at all despite the best endeavours of the nature conservation organisations.

* NPWS is the agency responsible in Ireland for recording and investigating incidents of wildlife crime, having established the RAPTOR (Recording and Addressing Persecution and Threats to Our Raptors) protocol for this very purpose.

We have been patient, but we are concerned. Hence, Manx BirdLife has written an open public letter to Mr Niall Ó Donnchú, Assistant Secretary of the National Parks and Wildlife Service (NPWS), in which we call for:

The full letter is shown below:

Sadly, birds of prey continue to be persecuted across the world, even where national and international laws protect them.

We shall keep you posted on any response or reported progress.