The Manx Ringing Group operates under licence by the Manx Government’s Department of Environment, Food & Agriculture and its ringers hold a current permit issued by the British Trust for Ornithology.

Kev Scott is the group leader and Mark Fitzpatrick is group secretary.

Any ringers planning to visit the Isle of Man should contact the group to sort out the details as a separate licence issued by the IOM Government is required to ring any birds on the Isle of Man.

The ringing group can be contacted via Mark Fitzpatrick. 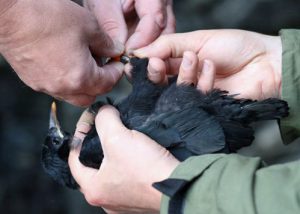 Ringing pullus Choughs using colour rings enables birds to be individually identified after they have fledged. 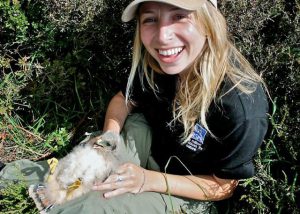 Working with the RSPB, young Hen Harriers are ringed. The Isle of Man supports a healthy population in the hills, curraghs and at the Ayres. 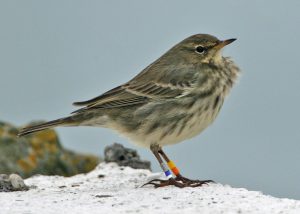 A project on Rock Pipits has commenced, looking into dispersal and site fidelity of the local and migrant populations of the Island.