Join in the fun of the Isle of Man Christmas Bird Race 2022!

The Isle of Man Ch 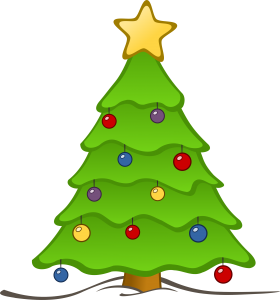 ristmas Bird Race is an island-wide collaborative effort. It isn’t a competition between individual birdwatchers. The aim is for birdwatchers across the Island to work together to see as many species as possible.

The rules are simple:

- You can spend as little or as much time as you wish looking for birds on, above and around the Island within Manx territorial waters;

- It isn’t a competition! The aim is for everyone collectively to see as many species as possible.

See the sightings table below which will be updated regularly during the Bird race period.

For all observations, please send your name, date, location (including OS Grid Ref. if you know it), what you saw (species, how many) and any interesting aspects of what you saw.

Please note: Taking part does not imply or grant permission to enter onto any private property. Please consider the welfare of birds and other wildlife when taking part. Thank you.

A terrific bird race this year produced a record-breaking 121 species! Thank you to all who contributed sightings over the seven-day period; and huge thanks to Mark Fitzpatrick once more for compiling the daily totals.

As of December 2016, Black Swan Cygnus atratus has been removed from the Christmas Bird Race list. The species totals from previous years have been adjusted to reflect that this Category E species is no longer included in the counts.

Please note that for 2017 we have updated the taxonomic order of both the recording card and results table.

'Well, unless any new sightings come to light, we've ended this year's Manx Christmas Bird Race with the magnificent total of 113 species. This is a new record.

The last two species to be discovered were: Black Redstart and Black-throated Diver. Both seen by Keith Johnson in Peel/Peel Bay.

Despite the fantastic efforts of Manx birdwatchers, there were some species that could be called 'the ones that got away':

At the other end of the scale, one new species was reported this year that had never been seen during a Bird Race before, namely Pink-footed Goose.

Three species were seen this year that had only been seen during one of the previous Bird Races, which were Water Rail, Knot and Waxwing.

The ‘ones that got away’ included ten species that had been recorded on the Isle of Man in December 2013 before the Bird Race, but weren’t seen during it: Pink-footed Goose, Red-necked Grebe, Long-tailed Duck, Water Rail, Lesser Black-backed Gull, Stock Dove, Kingfisher, Swallow, Lesser Redpoll, Snow Bunting; a Ross’s x Barnacle Goose hybrid was also recorded. There were also eight species that breed on the Island and were likely to have been present somewhere on the Island but weren’t seen during the Bird Race: Red Grouse, Grey Partridge, Woodcock, Long-eared Owl, Short-eared Owl, Great Spotted Woodpecker, Chiffchaff and Tree Sparrow.

The weather during 2013’s Christmas Bird Race did not help at all. On Boxing Day Ronaldsway Met Office recorded gale force winds, increasing to Severe Gale Force 9 on 27th. The maximum wind recorded on each of the other dates was Force 6. On both 30th and 31st there was significant rainfall during daylight hours – enough to dampen birds as well as birdwatchers!

The ‘ones that got away’ include nine species that had been recorded on the Isle of Man in December 2011 before the Bird Race, but weren’t seen during it: Barnacle Goose, Pintail, Black-throated Diver, Manx Shearwater, Water Rail, Kingfisher, Brambling, Common Crossbill and Snow Bunting. This list also includes 8 species that breed on the island and were likely to have been present somewhere on the Island but weren’t seen during the Bird Race: Red Grouse, Grey Partridge, Woodcock, Stock Dove, Long-eared Owl, Short-eared Owl, Skylark and Chiffchaff.

103 species is a good result. If the ‘ones that got away’ are taken into consideration, along with various other possible species such as Knot and Waxwing, it suggests that it may be possible in a good year to get over 110 species - possibly closer to 120. But for that to happen a certain amount of luck is needed (good weather and co-operative birds!) as well as a considerable amount of hard work by birdwatchers.